What is Incremental modeling?

Incremental modeling is the process of importing and running only the new rows of data based on the conditions criteria. The new rows are appended in your already imported/created dataset.

Y42 provides you the ability to append new data in your pipeline in a faster and cheaper way continuously.

Why use Incremental modeling?

Let's suppose you have millions of records in your Paypal integration. You use a SQL model to model those raw data inputs and create your desired report.

Every day new records are added to your Paypal records, so you build an Orchestration and schedule it to run every day, to generate those new records in the Paypal import and then to run the query of the SQL model.

Doing this process costs because you are writing the data in your warehouse and the process takes time also.

Here is when Incremental models comes in the rescue.

By putting a condition like for example created_at > max(created_at) you will run the query only for the rows that satisfy the matching criteria and then append the new rows to the old dataset of the model.

How to create an incremental model?

To create an incremental model you need first to know how to create a simple SQL model, the process is the same.

We have initially this raw input data for which we want to calculate the sum of debt grouped by day.

I. Create the SQL query in SQL models.

The result in the SQL model will be: 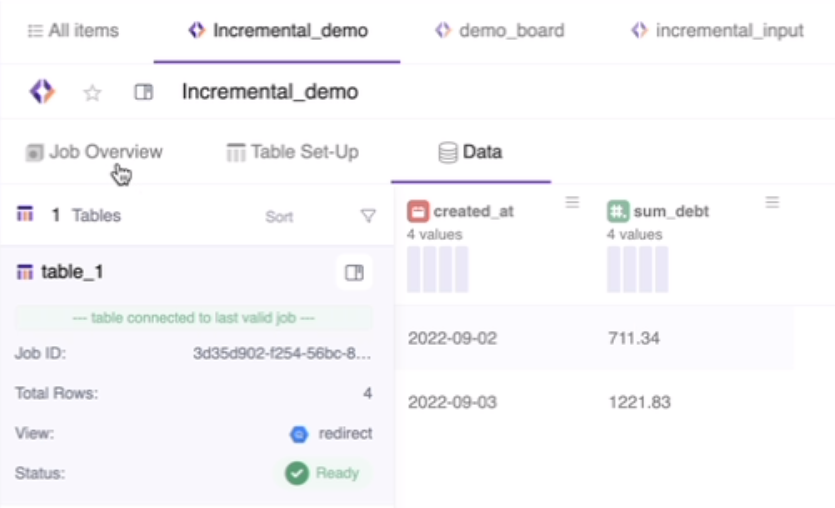 II. Decide which condition criteria you will use for the incremental models.

The next two days your integration is enriched with 3 new rows: 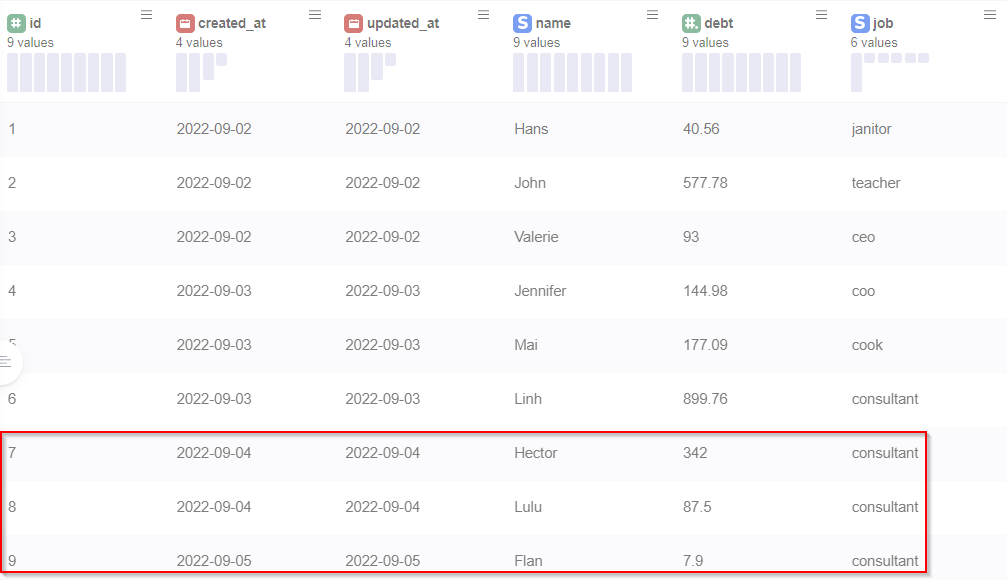 For this example we will use the created_at column (as you might notice it could be as well the id column as a valid condition criteria).

III. Put the condition at the end of the SQL model query.

In our SQL model we simply add the condition {% if is_incremental %} , using the supported Jinja templating at the Y42 code editor, at the end of the query, and add the where condition inside the tags.

The next time the SQL model will be triggered it will be run only on the newly created rows.

You need to trigger the SQL model incrementally for it to work! If you fully trigger it, the changes we made will not have any effect.

The first import will always be a Full import!

Now that the changes are loaded you can try the Incremental modeling.

You can trigger the SQL modeling manually or with an orchestration.

To trigger the SQL model manually you need to go to the Jobs section of the model and simply click the Incremental import button.

You can trigger an incremental model via an Orchestration. To set up an orchestration read this article.

The only thing to have in consideration while setting up the orchestration is that it has to be set as an incremental import!

In the incremental modelling, are we only doing append or are we also doing merge right now?

Answer: We Append only at the moment, but will add merge the next quarter!

When i switch on incremental modelling on a node, is it enough or do i need to also write is_incremental() in my sql?

Answer: Need to write is incremental in SQL model.

How do I do incremental ui modelling?

Answer: At the moment we do not do incremental modeling in UI model (only in SQL model), but we will implement it in the future.

What if in a SQL Node, I trigger full import manually, but write is_incremental in the query?

Answer: It will happen a full import!

What if in a SQL Node, I switch on incremental import on UI, but don’t write is_incremental in the query?

Answer: It will happen a full import! Need to write is incremental in SQL model, for incremental model to be valid!

Updated about 1 month ago